If you get a concussion…

If you Get a Concussion… 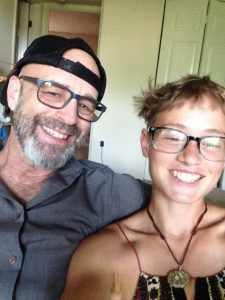 Last Thursday, I had just dropped my baby off at rugby practice in Towson. My baby girl is now 20 years old, (I can’t believe I just said that!)

She plays wing out which means she’s fast. She not in the scrums generally, but once they get the ball to her on the outside, she attaches some mercury wings to her feet and flies!

As soon as she ran over to the practice field, the skies opened up and it poured. I sent a text, “Hey I am still here if practice is cancelled.” But she replied, “We’re going to the gym and work out indoors.” Okay, cool. it’s about 6.15 and I waited the storm out. No use driving when you can’t see 3 feet ahead.

I left the campus and got up to the 695 Beltway and was taking it easy. The rain had slowed but not stopped. Suddenly the traffic in front of me had come to a dead stop. I literally slammed on my brakes and held on hoping I wouldn’t crash into the car in front of me. In anticipation of possibly hitting that car, I did begin a turn to the left to see if I could avoid hitting in case I couldn’t stop. Fortunately, I had my brakes done at 50,000 miles in the last six months and I managed to stop just in time.

But no time to party. I had about half a second of relief when the guy behind me whammed into me. It was loud, it was hard and because I’d cocked the steering wheel to the left, I manage to get past the car in front of me or so I thought.

The car behind me maneuvered to the side of the highway.  I followed as did the car in front of me. Being rear ended is no fun. I had an instant headache from being whip lashed. I only hit the back of my head on the side of the headrest which made me instantly nauseous. The guy in front of me thought I hit him but couldn’t find any damage to his rear bumper. We exchanged phone numbers just in case. Turns out I had damage on the right side of my car, so I sent him pictures and he only found very minor damage on his bumper. 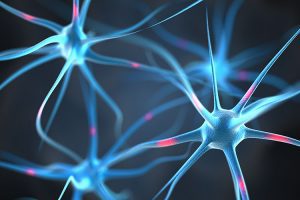 I was outside my car calling 911 and couldn’t hear anything. So I hung up and got back in the car. The fellow who hit me was very apologetic. Once in the car, I got a call back and the reason I hadn’t been able to hear the 911 operator was because my bluetooth was still active. They sent fire and rescue and eventually the state police showed up to write a report. The guy behind me got a ticket for following too close. I refused medical attention, didn’t want to leave my car and go to the hospital. I reported the headache and neck strain.

I thought I’d be able to drive my car home but immediately found out that within the next mile, I was losing brake fluid. Also the steering was not tight and I couldn’t really control the car. I pulled off at the next exit and asked the insurance to send a tow truck. The next day with a headache and a feeling of my vision not being right, I went to the urgent care to get my head checked. They confirmed a concussion and put me on 48 hour bed rest.

Closing my eyes and not working on the computer for 3 days felt really great. But I know I need more rest since I’ve already taken two breaks, just typing up this much. It’s all about getting rest and not stimulating the brain until it has time to reset some of the damaged circuits.

While any accident is a shock to the system, I maintain gratitude, that all parties were able to walk away from this intact. I have plenty of True Omega-3 fish oil to take and will keep you posted.

Seeing what’s happening in Houston is a long term shock with people losing lives, houses, all personal belongings and not knowing where they are going to end up. Or when things will be back to normal, if ever. The beautiful thing about surviving an accident is that you learn lessons. The older I get the more wisdom I have to stay calm and not get angry.

If a person develops signs of neurological injury, such as repeated vomiting, seizure activity, loss of consciousness, unequal pupil size, confusion or slurred speech, immediate medical attention is necessary to rule out serious brain trauma.  Apart from sports, any mechanism of trauma to the head and neck can result in concussion and should be evaluated if symptoms are present.