What is the Optimal Human Dose of Ubiquinol?

Healthy people seeking to maintain more youthful coenzyme Q10 blood levels usually supplement with around 100 mg of conventional CoQ10 (ubiquinone) daily. Based on side-by-side comparative research, if these individuals were to switch to 100 mg of ubiquinol instead, they would enjoy a significant increase of CoQ10 in the blood. This alone makes ubiquinol the logical choice.
300 Clinical Studies Agree. 200 Scientists From 18 Countries Concur. The research is in and is conclusive. You need the CoQ10 Miracle in your life today, right now. Why?Fill you tank with gas and never turn the key to start the engine. All that gas will do nothing but sit there in the tank and never produce the energy you need to get you where you want to go. You can eat good food and feel like you should have enough energy to make it for the day – get your work done, take care of your family, play with the kids or grand kids. But what’s missing?It could very well be you need the CoQ10 Miracle called Ubiquinol. The reduced form of this antioxidant that is the catalyst of muscle energy. A catalyst sets up the chemical reaction to take place. Calories are not energy until they burn. Gas sits in the tank until the engine ‘fires’.Ubiquinol CoQ10 is the most powerful spark plug you can get for heart muscle energy. CoQ10 Has No Reported Side Effects in over 60 Years! Scientists have been studying CoQ10 since 1957 and to this day have found no adverse side effects, no negative reactions to the supplementation of CoQ10. CoQ10 researchers have won the Nobel Prize for Science, The American Academy of Chemical Science Priestly award, even the President’s award, the National Medal of Science.Remember, no side effects, only beneficial, healthy effects. Side Effects on Top of Side Effects: The Litany of Pharmaceutical Drug Treatments This of course is in stark contrast to pharmaceutical drugs which have long litanies of side effects some minor, some severe, some deadly, that many times produce more negative symptoms that must then be treated with more drugs which have more side effects, that must be…. you get the idea. In fact, while we are on the subject, one of the most serious reasons for a lack of CoQ10, which is produced naturally in the body, in the liver, is the use of pharmaceutical drugs that interact in the liver and shut down the pathways and processes for natural CoQ10 production. Yes, your liver can produce CoQ10.That’s what is suppose to happen in healthy human beings. Pharmaceutical Drugs Cause CoQ10 to Quit. If you take a statin or any of over 120 pharmaceutical drugs you are inadvertently causing severe CoQ10 deficiencies in your body. Did you ever wonder why you get muscle cramping when you take statin drugs? It’s simply because your spark plug is missing, the catalyst for firing the fuel to create energy in your muscles is not available. As counter productive as it seems, statins can be doing more harm than good for your heart, being the heart is a muscle, considered the real primary muscle responsible for life.Why would you not take extra CoQ10 to ensure a steady supply of this life giving force for your heart? The more CoQ10 you have in your system, the longer you will live.It’s simple. It’s fundamental. It’s the truth. We have the most powerful formula on the planet for high potency, easy to absorb CoQ10 called Ubiquinol. 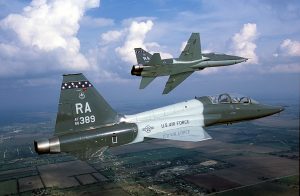 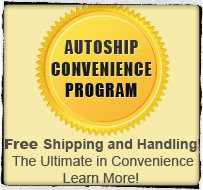