Play Video
This highly effective and potent combination of various plant extracts with roots in ancient Chinese medicine has been shown to: There’s also research to suggest a range of other health benefits including weight loss and in some cases even reducing the growth and spread of cancer.

Extracts from several different plants are combined to make a bioactive compound which is what forms Berberine.

This mixture has its roots in ancient Chinese medicine for several different conditions but modern scientific studies have confirmed the effects that it has on the body and how it can be used to improve your health.

The Strengths of Berberine

Berberine is highly potent and can have several well documented positive effects on your health.

With Type 2 diabetes becoming an increasingly common serious disease affecting many Americans, staying on top of your blood sugar levels is critical in managing this if you are already a sufferer.

High blood sugar levels can damage tissues in the body and organs and ultimately result in a greatly reduced lifespan.

Studies have shown that a 500mg dose of Berberine 2-3 times a day for up to three months can significantly reduce blood sugar levels in individuals with type 2 diabetes to an extent that is comparable with the drug Metformin, a common prescription for those suffering this condition.

For those suffering with high cholesterol, taking berberine has been shown to chip away at these levels over time and over a two year course can lead to significant improvements in the ratio of LDL and HDL cholesterol.

This in turn reduces the risk of heart disease, one of the biggest killers in the United States.

Berberine helps out with weight loss

Although it’s not as well documented, some studies show that berberine could be effective as a weight loss supplement.

Research suggests that this is likely a knock-on effect of the other benefits berberine has when it comes to improving the function of fat-regulating hormones, such as insulin, but it also appears to reduce the growth of fat cells themselves at a molecular level.

Berberine gets transported around the body in the blood stream after it has been ingested, allowing it to get to cells all around the body. It then binds to several different specific types of molecules and works to change their function in a very similar fashion to the way traditional pharmaceutical drugs work.

One of the main actions that berberine takes is to activate AMPK (AMP-activated protein kinase) which is an enzyme inside the cells that is often referred to as a “metabolic master switch”. This enzyme plays a significant part in regulating your metabolism and can be found all around the body, including in the muscles, kidneys, heart, liver and even the brain.

There is even some evidence to suggest that berberine may have an influence over which genes are activated or deactivated within your body.

Due to the way it activates, several sources point out that Berberine is one of those rare supplements that is as directly effective as a pharmaceutical drug.

Other health benefits of Berberine shown by research

As well as the main benefits highlighted above, there is also research to suggest berberine can help you fight against:

Whilst you shouldn’t count on Berberine to definitely help in these areas, evidence looks very promising and this is definitely a welcome bonus to the better documented effec 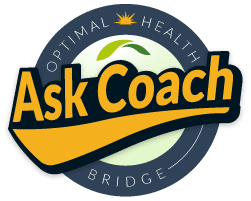